Retiring as a single person

Transcript: Retiring as a single person

Shirley: Hello, I’m Shirley Ballas and welcome to Rewirement, The retirement podcast from Legal & General. This is the series that explores how to reset, reinvent and rewire for the retirement you want. Every fortnight I'm joined by straight talking, honest retirees and would be retirees with different experiences, hopes, and expectations for retirement

Speaker: I think it might have been nice to have the option of thinking about reducing hours. And I haven't got that option.

Shirley: And my expert panel will be here to help too, with suggestions  to  help  you  feel  confident,  comfortable,  and  in  control  of  your  finances  after  you've  quit  the  day  job.  Today,  I'm  hearing  from  people  who  are  approaching  retirement  without  a  partner.

David: I'm a single child.  I still live at home.  Sadly, my mum passed away two years ago.  So now it’s just Dad and I.

Shirley: Liz is 55 and divorced with two grownup children.  She doesn’t have a pension.

But  then  as  somebody  approaching  retirement,  it's  thinking  about  contacts  and  friendships  and  social  life  you've  got  in  an  area.  And how would you manage (inaudible) a single person?  So, you know that might make it more difficult.

Shirley: Without a pension.  I  asked  Liz  how  she  plans  to  finance  her  retirement.

Shirley: I couldn't think of anything more exciting actually. See if you can get me one in there.  I'll come with you Liz, okay?

Shirley: Even if  you do know  your  pension fund will allow  you  to  be  comfortable in  retirement, there  are  still questions  and  complexities  to  iron  out.  David told me about the scenarios he has to consider.

Shirley: And do you think it could?

Shirley: That's interesting. Knowing who to turn to for advice, or just having someone you can  trust to  talk  to  or  manage  your  affairs  is  an important  consideration for the millions of single, divorced or widowed  people  making  the  move  to  retirement  each  year.

Shirley: I asked Jenny where she turns for guidance.

Shirley: I  asked  Liz  where  she  would  look  for  information  on  her  pension  future.

Shirley: Well, let me ask you a question.  Who do you speak to about money and finance?  Who's your confidant?

Shirley: And do you ever talk to your children about finances?

Liz: No. I don't particularly discuss it much with them. No, not really.

Shirley: You're on your own schedule.

David: You run your own show.

Shirley: You can always call me if I'm in the area.

David: Absolutely, Shirley. If I want a dance partner, I'll do that. Thank you.

Shirley: I'll try not to tread on your toes.

Shirley: How do you personally plan to find your way around the lack of workplace community?

David: Some people aren't that gregarious. They don't go out and want to do those sorts of things. And it's really, for some people, a real push to make them do something different.

They get to know if you're in a good mood or a bad mood. If you're on your own, who do you talk to? You've got to really get a network of friends to be able to sort of go out to and say to them, "This is a problem. I've got a problem.

This is what I need to do." So, yeah. It's always a bit of a problem. But I think if you really want to make that effort, you can get out and do it

Shirley: My mom's 82, by the way, and she still gets out and about, and has friends and across to Liverpool and up doing her washing and ironing. Likes her own company. Never got married again after the first husband.

David: I mean, some people do and some people do like their own company. And I mean, I can quite easily spend the day in the garden or clearing the house and tidying and this sort of thing.

I just would not be able to sit. I mean, some people say, " Oh, I just like to sit down  and watch the television." I couldn't do that all day every day. I mean, it's nice to watch some programs, but you've got to really sort of get out and do things, otherwise you just.

Shirley: I asked Jenny, if she thought her social life would change when she stopped working.

Jenny: Yeah, it does provide friendships and it does provide stimulation and structure. But I suppose I do think you can find that in other ways. I suppose I've seen people replicate some of that through voluntary work or hobbies.

But no, I think it's easy to underestimate maybe the positives of work. You know, I've lived here for 20 years. One of my sort of best friends lives around the corner. I've got nice ... You know, I obviously have got to know quite a lot of people.

It's more that, that I would be really conscious of if you move, what's that like? But then I have also got friends and even my parents who moved at a similar age to me and they very quickly make new connections and friends.

Shirley: Planning for your future when you're solo can be a different game, not just from a financial standpoint, but also in terms of your relationships, living situation and those who depend on you for support.

If that's you, hopefully today's conversations have reassured you that there are many people out there facing the same questions and decisions. In each episode, I get a chance to put these questions to the experts.

And today I'm joined by Chris Knight, the CEO of Legal & General Retail Retirement, and Joe Hemmings, a behavioural psychologist and author. It's great to talk to you, Joe and Chris. Joe retirement is a big life change for anyone to navigate emotionally. What added dimensions do you think being solo, whether that's single, widowed or divorced brings to this?

And that's a big chunk of a week. You may be used to being on your own in the evening or at weekends, but to have that taken away can be quite a difficult thing for some people. So I think knowing, being prepared and planning in advance or knowing that bulk of your hours, though you may have been working well with other people, you will need to sort of think about replacing that with other company.

Shirley: Do you have many clients who are approaching a retirement change? What sorts of questions do they come up with?

Jo: The ones who've come to me are often the ones who were dreading it, who were very fearful, who wondered how that third trimester of life was going to pan out. Didn't know what to do. Needed reassurance.

But they're the ones, sometimes, who have already been thinking about it a bit. The ones who I think need it most, who probably wouldn't come to me, are those that think it's going to be fantastic. It's going to be a breeze.

Shirley: You must hear some inspiring stories.

Jo: Very inspired by lots of people. I think together we've made a sort of plan about what they'll do, and things that they may feel a bit uncomfortable about in the first instance; they'll give it a go.

There's Pensionwise, which is a government backed organization.  You can actually get free advice conversations when you get to retirement.  And  lots  of  people  find them  really,  really  helpful.  So definitely go onto Pensionwise.

Shirley: The  stats  show  that  women  often  retire  with  smaller  pensions  than  men.  Why do you think that is?

Chris: Yeah, Shirley, unfortunately that is often quite true.  And  it's  largely  to  do  with  what  happens  during  a  women's  working  lives,  which  tends  to  mean  that  either  they  or  their  employers  pay  less  money  into  pension  pots.

Shirley: Jo, what is a healthy, mental approach to retirement?

So don’t be too hard on himself.

Jo: Well, as  I  mentioned  earlier,  there  are  opportunities  for  socializing  through  organizations,  through  cinema  clubs,  theatre  clubs,  whatever  your  interest  is, art,  your  hobbies,  walking.  I  mean,  there  it  is  all there before  you,  but  there's  also  the  possibility  of  dating  in  later  life.

Shirley: Oh, I'm glad you said that. Thank you.

Jo: Oh, Shirley. You and I need to have a separate conversation.

Shirley: I would like to have a separate conversation, I think. There's  a  few  things  I'd like  to  ask,  actually. I  think  David  raised  a  good  point about having someone  to  talk  to  when  the  unexpected happens. How important is a good support network?

Shirley: Chris, it must be even more important to consider how you’ll fund your retirement when you’re on your own.

People  might  also  want  to  think  about  their  insurance  and  making  sure  that  they  have  protection  there.  And  finally,  maybe  thinking  about  products  that  provide  guarantees,  like  guarantees  of  income.  So  you  don't  have  to  worry  or  rely  on  anybody  else.

Shirley: When people have divorced, their pension situation may also change.  It's  often  the  last  thing  on  your  mind  to  sort  out.  What guidance can you give on navigating this?

And you know, it’s a bit more complicated.  It's  definitely  not  impossible,  but  it's  definitely  worth  thinking  about  and  getting  some  good  financial  advice  on  that  too.

Shirley: Chris,  are  there  some  more  practical  things  people  can  do  to  afford  the  retirement  they  want?  Does  Jenny  have  to  choose  between  the  neighbourhood  she's  always  known  or  having  a  bit  more  cash  in  retirement?

Chris: Well look, downsizing into another  property  or  an  age  specific  property  in  your  neighbourhood  might  be  a  really  good  idea.

That's called inheritance protection, which is becoming increasingly popular. So  for  many  people,  that's a  really  good  option,  but  they  should  definitely  talk  to  a  financial  advisor.

Shirley: And then that gets taken out.

Shirley: Chris is equity release for everyone?

Shirley: Thank you.  Some  truly  helpful  thoughts  on  making  sure  you're  ready  financially  and  emotionally  for  solo  retirement.  Hopefully  you  can  have  some  action  points  and  ideas  to  help  you  feel  comfortable  and  enjoy  the  retirement  you  deserve.

You can find out more about retirement planning at legal&general. Com/ retirement.  In  our  next  episode,  we'll  be  talking  about  how  to  fund  your  dream  retirement.  Whether  you  want  to  tour  the  nation  on  a  narrow  boat,  start  a  business  or  pack  off  to  the  sunnier  shores.

Subscribe  on  your  podcast  listening  platform,  and  you'll  get  it  on  your  device  as  soon  as  it's  available.  Thanks for listening.

How do you ensure you have enough money to fund the retirement you’d like? What are the options to provide you with an income? This episode tackles these questions and more, making sure you are well informed to make plans.

Shirley Ballas chats to people approaching this exciting stage in life and gets advice from financial experts - Holly MacKay, editor of website Boring Money and Emma Byron who is Managing Director of Retirement Income at Legal & General. 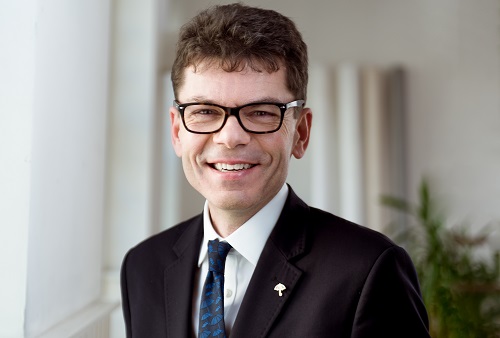 Chris’ focus in the Retail Retirement division is helping individuals lead longer, healthier, happier lives. Together with his team they have helped over half a million customers to live their own ‘colour retirements’ with a range of products and services including annuities, lifetime mortgages and care solutions. 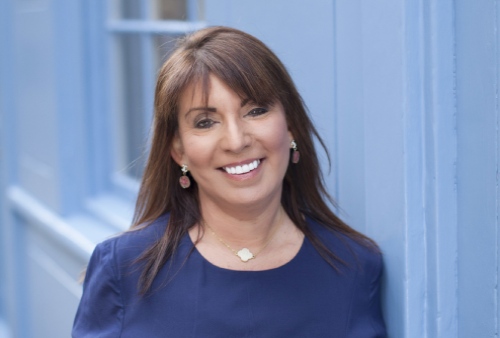 Jo is a qualified and registered Behavioural Psychologist, relationship coach, TV and radio personality. She’s the UK's best known and respected celebrity psychologist. She regularly appears on Good Morning Britain as well as many other TV shows. She is also the author of five successful books on psychology and relationships.