How music can connect the family

Music can be a great tool for bringing people together. With such a wide range of music available to most of us these days at the touch of a button, it’s easy to share and listen to the same music as our friends and family.

You may not have the same taste in music as other family members, but it can still bring generations together, bonding over likes and dislikes. Experience and age don’t matter when it comes to music; it can help us express our emotions, and allows us to cement memories of special moments.

Certain songs and pieces of music flow through the generations like DNA, with almost everyone appreciating the genius of bands like Queen, Fleetwood Mac and the Beatles.

We asked grandmother Maureen, 69, her daughter Sheena, 50, and granddaughter Hannah, 17, to share their different musical tastes.

Maureen’s favourite artists include Michael Bublé, Status Quo and Sinéad O’Connor, whereas Sheena loves anything from the 1980s, such as Madonna or Michael Jackson.

However, Hannah’s musical tastes are somewhat more nuanced; she prefers heavy metal including Mötley Cruë and Sumo Cyco. Sheena and Maureen share the same views on this genre.

“I loathe heavy metal,” says Maureen. “It gives me a headache.”

Sheena echoes this sentiment: “Heavy metal just makes me feel angry from the first bar. Worst music ever made.”

But despite their differences, all three unanimously agree that they love the classic artists mentioned earlier, Queen and the Beatles. If they had to choose one song that unites them, it would be Another One Bites the Dust by Queen, which Maureen has always insisted she would like played at her funeral.

“I used to love that song,” jokes Hannah. “But Gran has ruined it for me. All I can think when I hear it now is, ‘This is Gran’s funeral song!’”

Music has the ability to connect family and friends, even when they’re oceans apart.

Sheena lives in Portugal, and due to the pandemic hasn’t seen most of her family in the UK for over a year. She enjoys video calls with them though, particularly when they involve singing and dancing with her four-year-old granddaughter. Sheena says it’s always possible to find the right song for your mood, even if you need a good cry.

“I love listening to Sailing by Rod Stewart. My grandma played it when she looked after me as a child. It brings a tear to my eye, but a big smile as well.”

Marianne Rizkallah, director and head music therapist at North London Music Therapy, says music is especially important during difficult times. It keeps families and friends connected – something she has been making the most of with her own family.

Rizkallah suggests that families build playlists together, as a way to connect and share happy memories. One of her patients made a playlist with their family for a holiday spent travelling around Norway some time ago. They all chose music by Scandinavian singers who really represented the holiday destination. Even months after they’d arrived home, they would still listen to it and be transported back to the trip they took together.

But back to Maureen, Sheena and Hannah, who all agree that music is a great tool for looking after their mental health and reconnecting with one another.

“Music can lift you out of yourself and change your mood. I listen to Motown or Queen when I’m happy, and classical to help me sleep. Close to You by the Carpenters always makes me smile, because I used to sing it to Sheena when she was a baby.”

Hannah explains that music helps boost her mood, and that there’s always a song to make people feel more confident.

From the free-loving songs of the Beatles in the 1960s to the girl power anthems of the Spice Girls in the 1990s - musicians move with the times and always have a message for their fans.

“When I was growing up, in the 1950s and 1960s, I mostly remember love songs,” says Maureen. “It was either a sad song about heartbreak, or you’d found someone who loved you as much as you loved them, and they were happy songs. There was nothing sexual or violent about them.”

But Hannah likes the fact that themes are more diverse these days:

“All the songs used to be about love, but now they’re not; they talk about different things. Music is a great representation of the issues going on in the world. That’s why music has changed, because the times and issues have changed.”

How we listen to music

The type of music we listen to is not the only thing to have changed over the years; how we listen to music also varies between the generations. Hannah listens to music through online streaming apps. While she does own a record player and some vinyl records, most of her musical ventures are online. Sheena, however, grew up in the golden age of Woolworths and would buy her vinyl – and, later, CDs – there, taking them home to listen to on her record player. Maureen would hear music at discos or by watching Top of The Pops on a Thursday.

Our family and friends can have a big impact on our musical preferences. As Hannah points out, most people’s favourite music is probably what their parents used to listen to.

“My mum used to love big band sounds like Glenn Miller, and my dad liked classical Irish songs with pipes and drums. I quite like big band as well now; it makes me smile when I listen to it, as it brings back happy memories of my mum teaching me to jive, or my grandmother teaching me the Charleston.”

Sheena says the music she grew up listening to, influenced who she became friends with, and, even now, she gravitates towards the same friendship group. However, as she matured, her musical taste changed slightly, and this was influenced by what Maureen listened to – something Hannah echoes.

Listening to the stories from these three women, it’s clear how important music is in forming our personalities as we grow, and helps us remember those we love. It also helps us connect with our families and embrace the influence of their musical history. The differences and similarities between generations is fascinating and ever evolving, but somehow the power of music always finds a way to connect us.

One thing’s for certain: the beat certainly does, and will continue to, go on, along with strong family memories.

Buying someone a gift is a very meaningful gesture – even more so when that person is retiring. Maybe a colleague is saying goodbye to the long commute or a good friend is heading off to enjoy trips overseas? 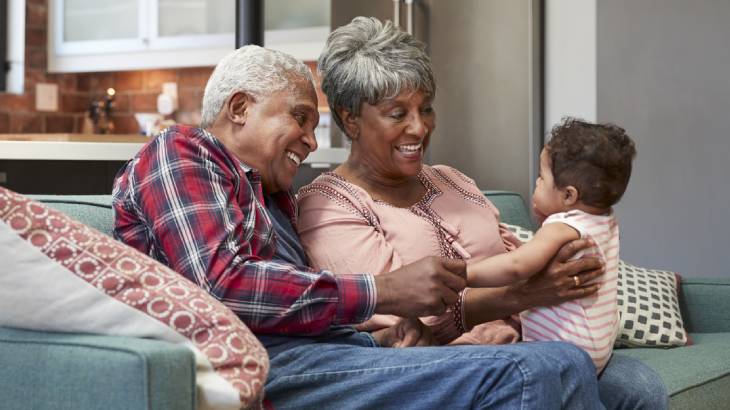 We're not always comfortable talking about money, but increasingly people want to explore the best way to pass wealth to loved ones. With many of us reviewing our finances, now could be the right time to sit down together for an honest conversation, whether in person or over Zoom or WhatsApp.

The passing on of knowledge though, has been and always will be a multigenerational activity. Wisdom is both learned and inherited, and grandparents can play a huge part in supporting and educating their grandchildren.