Former miner Mick came up from the pit for the last time in his early 50s, when the colliery he worked for announced it was to close. Putting that difficult time behind him, he retrained as a ski instructor and now has his dream job, guiding novice skiers down the slopes.

Being made redundant after nearly 30 years of mining left Mick feeling uncertain about his future employment options. As part of his redundancy package he was offered a retraining budget, and building on a lifelong love of skiing he chose to train as an instructor.

After successfully completing his training programme he joined his local ski centre. 17 years later he’s helped hundreds of people of all ages learn how to ski.

Mick has gone from strength to strength at the ski centre, achieving further qualifications which have opened up more opportunities to teach. “It’s a completely different skill from my previous job. I’ve always enjoyed meeting people and talking to people, though. Someone once said – I’ve gone from the black to the white, and it’s true! It’s amazing how I’ve adapted to it, but I absolutely love it.”

Listen to Mick's story on our podcast

His passion for helping people was championed at the Enjoy England Awards for Excellence. Mick puts it down to becoming an instructor later in life: “I think I have more patience now. I meet a lot of people at work who have retired too, which is fantastic. Anyone can learn how to ski, my oldest customer is 82.”

Mick enjoys the flexibility of working part time in retirement. It leaves him plenty of time to spend with his children and grandchildren, and he always planned to retire early:

“I’ve loved every minute of being semi-retired. I never intended to work full time past retirement age.

I would advise anyone to try and put as much into their pensions as they can afford to while they’re still working, especially if they want to retire early as well.

My son’s paying extra into his pension too, inspired by me.” 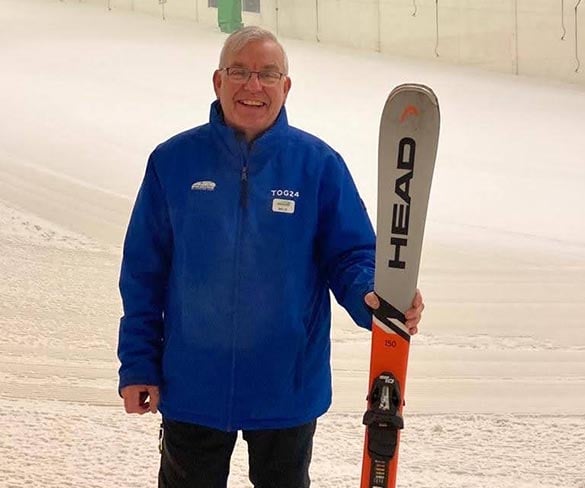 Plans might have gone off-piste for Mick in his 50s when he was forced to retire sooner than expected, but he put his passion to good use and retrained, and is now enjoying his life teaching on the slopes.

Retiring five years ago, Rosetta's taken skills and lessons learnt throughout her working life and shared them with people across the world. Her inspiring story proves that retirement can mark the start of creative freedom.

Retirement can be the perfect time to explore a second or even a third career, as Jacky found out when she went back to university in her 50s and embarked upon a new career adventure.

Nigel's retirement has been full of creativity and community. With no plans of slowing down when he stopped working, he produced a music album and published a book of poetry, but by 2016 the needs of his local community came calling.