Best retirement locations in the UK

Many people are reaching retirement age and looking to leave behind urban towns and cities in favour of rural areas, coast lines and areas of natural beauty. Over the past year this has become even more popular, with people wanting to move closer to friends and family, pursue a better quality of life or even move abroad.

Research we conducted earlier this year has revealed that 3 million people* aged over 50 in the UK plan to relocate in retirement, as a result of the pandemic. After a year of lockdowns, it’s no wonder many are also looking to enjoy more space in their home.

“Relocating in retirement was already a well-observed trend, with older people reprioritising their needs as they enter the next stage of their life,” says Claire Singleton, CEO of Home Finance at Legal & General. “As with many aspects of our lives, the challenges of the pandemic seem to have led many people to take stock of their current living situation. There can be many benefits to relocation, whether it is a better quality of life, more space, or even the opportunity to be closer to loved ones.”

If you're weighing up your options between downsizing or equity release, we might be able to help you consider your options

According to data from the Office for National Statistics (May 2020), the top ten places to retire to in the UK are, from top to bottom:

We look at what the appeal is of some of the most picturesque parts of the country, and what else you should consider when choosing your retirement location.

With a mild climate, low crime rates and miles of unspoilt coastline to explore, it’s no wonder that Dorset is so attractive to with tourists and retirees alike (it has the third-highest population density of pensioners in the UK). The Jurassic Coast – a UNESCO World Heritage Site – boasts famous landmarks Durdle Door, Lulworth Cove and West Bay (the home of TV series Broadchurch), while picturesque inland towns and villages such as Charminster, Bridport and Blandford Forum are popular with retirees. Moving here isn’t a cheap option, but away from the exclusive 'millionaire’s playground' peninsula of Sandbanks there are homes to suit every budget.

Land-locked Shropshire can’t compete with Dorset or Cornwall when it comes to beaches, but it still has plenty of stunning scenery to explore, with rolling hills, historic buildings and country parks all over the county. Popular landmarks include Ludlow Castle, the Ironbridge Gorge (a World Heritage Site) and Whitchurch Waterway Country Park. The bustling county town of Shrewsbury – the birthplace of Charles Darwin – has something for everyone, and smaller nearby towns such as Market Drayton and, on the Welsh border, Oswestry, are also popular places to live in retirement.

Like Shropshire, there’s no coastline in Wiltshire, but it more than makes up for this with its picture-perfect villages, cultural landmarks and relatively mild climate. Almost half of the county is a designated Area of Outstanding Beauty, which can be explored via an abundance of walking routes and cycleways. It’s steeped in history too, with iconic landmarks including the magnificent Salisbury Cathedral and, of course, the prehistoric Stonehenge. Pretty market towns such as Chippenham, Malmesbury and Corsham offer plenty of period properties, although these do come at a price.

It’s known for its sandy family-friendly beaches, but within Cornwall’s 400 miles of coastline you’ll also find all manner of rocky outcrops, shingle beaches and estuaries – so there’s plenty of room for both residents and tourists. As well as the beautiful beaches (of which there are more than 400), there are many well-regarded attractions in Cornwall, from the Eden Project to the medieval Tintagel Castle and the beautiful Lost Gardens of Heligan. Foodies will find plenty to enjoy in Cornwall famous for its pasties and cream teas, as well as resident celebrity and Michelin starred chefs including Rick Stein, Nathan Outlaw and Paul Ainsworth. Property hotspots among retirees include Porthleven and Falmouth.

The cheapest place to live on the list, Northumberland offers the best of both worlds – with glorious countryside, a beautiful coastline and more castles than any other English county. There’s no shortage of landmarks to explore, from the world-famous Hadrian’s Wall to the Holy Island of Lindisfarne and the extraordinary contemporary Alnwick Garden at Alnwick Castle. Northumberland is also the least densely populated county in England so will offer some welcome relief to city leavers. Popular places to buy include Alnmouth, Warkworth and Amble – home to a bustling waterfront.

House prices as of May 2021 on UK House Price Index

Moving from the city to the countryside makes financial sense for a lot of people, with many retirees ‘townsizing’ – buying a cheaper property outside the city in order to free up funds. For example, a retirement-age couple who own their home outright could sell their property in Outer London (average price £453,877) and release significant equity by buying a property in a more rural retirement location.

It’s not always for financial reasons though. The average house price in Birmingham, for example, is £205,615, which would suggest that some moves are potentially driven by lifestyle considerations instead.

There are other factors to consider when you’re thinking about relocating. While moving might make both financial and emotional sense right now, will it work for you in the long run?

"It's important to consider any difference in living costs between areas and whether, overall, you are likely to spend more money, or save money, in your new location,” says Singleton. “You should also make sure your new home is as future proof as possible. Is it accessible or could it be easily renovated to meet your needs in the future? Will local transport links work for you now and in the future, as well?"

After years of busy city living and working, it’s understandable that a lot of people look for a quieter life, at a slower pace, in retirement. Apart from the obvious lifestyle benefits of living in less built-up and polluted areas, the health benefits – both physical and mental – are well documented. Many also see the value of their current home as playing a key role in their long-term planning and will free up their property wealth to help fund their retirement.

The dream of relocating in retirement

Many of us have a vision of living somewhere completely different when we retire. Whether it’s a move to be nearer family, or to trade city life for somewhere more secluded or perhaps further afield in another country.

The health benefits of making a fresh start

We can sometimes feel stuck in a rut, or so busy with life that it’s hard to find the motivation to make positive changes to our routine. Making a fresh start can have a huge impact on our lives, though – both for our physical and mental health. 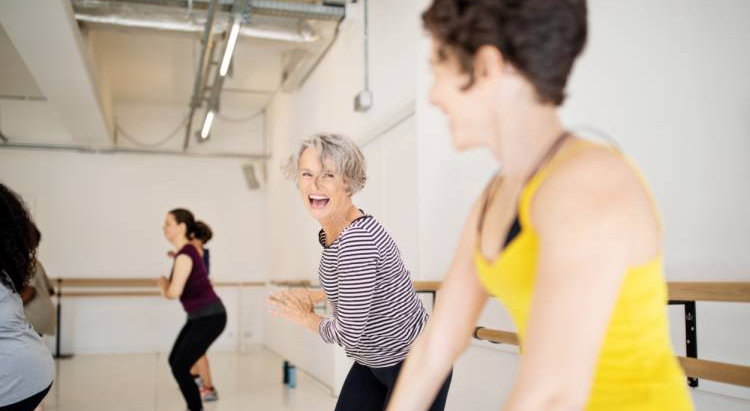 Taking up a new subject and engaging the mind has many benefits. Be it playing the piano, learning to swim or writing intently, adults who learn new skills in later life perform better in long-term memory tests than those that stick to more leisurely activities, like reading.