When Trina retired from her “wonderfully rewarding” career teaching English, she was looking forward to bright times ahead.

“With the family grown up and gone, my husband of 30 years and I were anticipating a future which was a long and exciting prospect of endless and unknown possibility and adventure,” she says. “Within a few months, we had completed our first dream of moving to a small village in Norfolk, where we both embarked on a new life.”

But within a couple of years, things had been turned upside down and that bright future torn away. That short space of time saw her lose not only both her parents but also her husband, “my best friend and soulmate”.

“My planned future shattered into a thousand pieces,” she says. “The bottom dropped out of my world.”

Looking back on that terrible time, she says she was simply numb. After 34 years of being a pair, she found it hugely challenging and lonely having to do things by herself. After a lifetime of a busy career, combined with raising four children, she had to find meaning again. However, in the little village to which she had recently moved, Trina found herself wrapped in the love and support of a community.

“Norfolk people are well grounded, kindly and supportive,” she says. “It’s said that things are as they should be in Norfolk, and I couldn’t have been in a better place.” 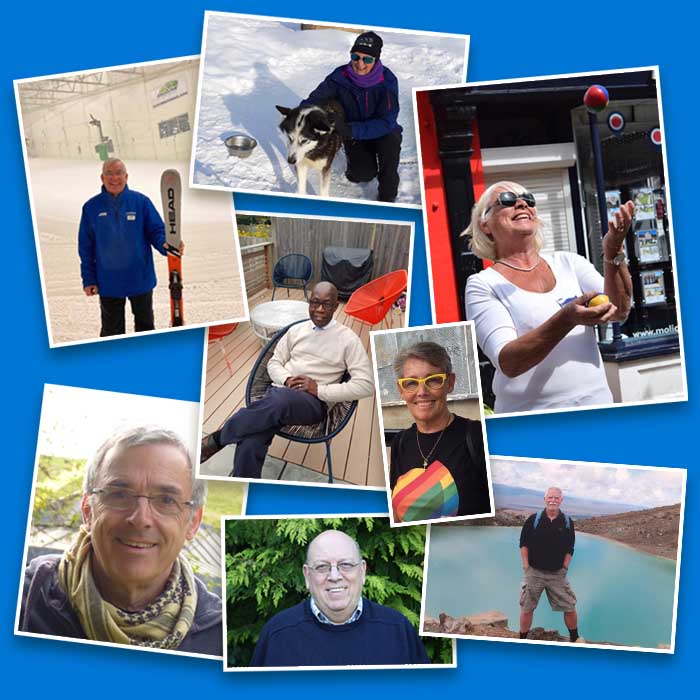 Love and relationships in retirement

With any new relationship there’s plenty to adjust to and learn about each other – and new partnerships in later years are no different. 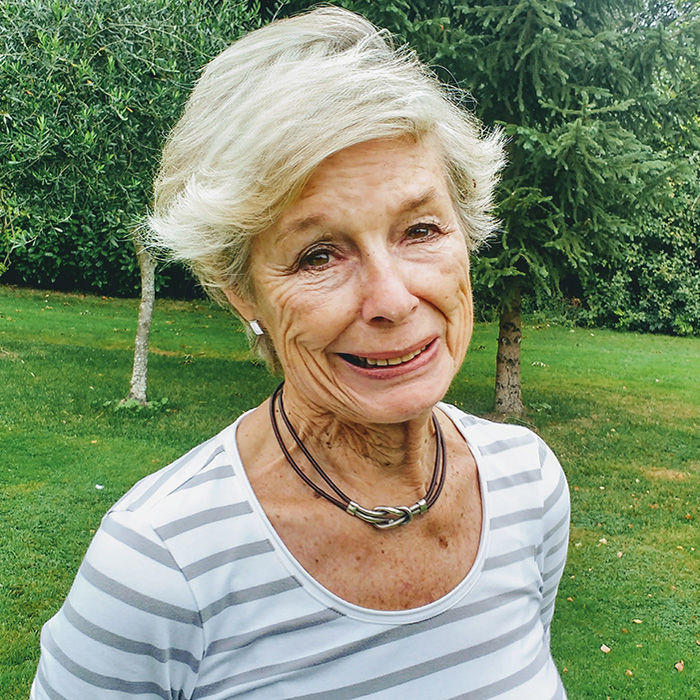 Fundraising at home and abroad

She began fundraising for Macmillan Cancer, to bring something good out of the pain of her husband’s death. She organised a “dinner and musical entertainment for the whole village” (her daughter-in-law is an accomplished harpist, so she persuaded her to perform, along with professional (and often famous!) musicians playing alongside her). She made soup for school PTA meetings, mince pies at Christmas gatherings, and rattled collection boxes outside Tesco.

Then she joined a 90-mile trek along the Great Wall of China, raising an amazing £10,000 along the way. “There were 60 of us on the challenge, everyone had a story to tell and between us we raised quarter of a million pounds,” she says. “It was awe-inspiring and life-changing. There was nothing glamorous about it; we camped in two-person tents, and had to dig the latrines every night. And it’s not an easy walk – sometimes it was like walking along a rockery on the side of a mountain. But it was a wonderful thing to do.”

A new outlook on life

Back home, she kept herself as busy as possible, driving herself hard to fill the days.

“I travelled, visited far-flung friends, accepted all invitations that weren’t actually illegal or immoral; I became a governor of the local school and started another degree,” she says.

Her personal prescription worked. Gradually, she found her feelings were returning and her interest in life increasing. And then she was introduced to the recently widowed cousin of a close friend. “We spoke on the phone for about a year before we met, sharing experiences, weeping together and offering support. Then one day I was coming down to London so we met – and it went from there.”

Now, Trina has moved to Surrey to live with Anthony. “It’s just lovely to have someone to share things with,” she says. “I wasn’t looking for a new relationship, but if someone warm and compatible comes along – why not?”

Between them, the couple have 15 grandchildren, so there are big family gatherings. “Christmas is very busy!” It’s taken a little while, but their respective children are pleased to see their parents happy. “It also meant that they didn’t have to keep such a close eye on us,” says Trina.

“We keep our finances separate, because it will be simpler later on. We’re both fortunate to have adequate state and private pensions, and having sold my Norfolk house and bought another smaller one locally, we also benefit from an unexpected rental income, which provides extra leeway.”

Now, two new hips later, her days are just as busy: lectures, dog-walking, learning to paint, u3a, Pilates and swimming, and she also did a spell as an adviser with the Citizens Advice Bureau. Next month she’s going on a retreat in the West Country to nurture inner calm. “It’s in a beautiful place. I’ll do a bit of walking, a bit of meditation, a bit of mindfulness,” she says. “It’s about learning to live in the moment, today. It’s something very different that I haven’t done before.”

So will she start to slow down a little, now she’s in her late seventies? She thinks for a minute and then replies, “Certainly not! There’s still such a lot to learn and understand, experience and share. Life is for living!”

Many of us think back fondly to earlier relationships as we get older, and wonder what might have been. Few of us get the chance to find out.

You might imagine being a therapist would make it easy to handle complex family relationships. But Christine, who spent her working life as a social worker and psychotherapist, says reality is different.